There is something very dark looming over the future of all organic life on this planet - look up the meaning of the word Ascendancy, assuming you already aware of the meaning of impending. It is an evil power that swings a scythe above our heads, closer to our skulls with each sweep. Most believe the fallacious bunk that 'experts' blurt about the threat, while the rest is scorned for being tin hat conspiracy nuts. I never liked experts because the opposite of their claims always comes true. I could just use them to figure out the opposite, but they are so damn arrogant in spite of their extreme ignorance that they take the piss out of me. Usually they say: 'Nothing to see here folks, move along.'  without having a bloody clue whatsoever about what they're drummed up to inform (mislead) the general public about. Conspiracy nutters are annoying because they're often correct, but present the message in such an incredibly hyped up way so that no one ever believes them. The problem is that there are too many bonkers people in this dimension and too few that are able to see past the smoke screens and scheming. 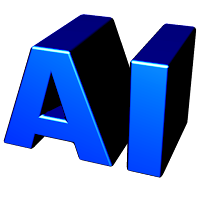 But for the plonkers that swing the scythe the horde of mental knuckle draggers is quite useful. It allows them to do whatever the f..k they want, because the ones that are on to them are few and will be shut up by their fellow victims with a negative IQ. Intervention is rarely necessary. So what imperils life? What has so much power that it can decimate it within a brief period of time? What has become so unbeatable that it can afford to be out in the open, right under people's noses, while there hardly seems to be anyone that finds its position of power worrisome?

What started not too long ago as automation and soon after morphed into information technology and then into robot technology, while leaping to an unprecedented elevated level after AI was integrated will by 2030 have taken over 800 million jobs currently performed by humans. That is close to 40% of all jobs that exist. And probably these are conservative estimates. And I am not even talking about transhumanism, because that is far beyond the perception of most people. What is missing in their awareness is that they do not see certain developments in the context in which they evolve. Nothing takes place as an isolated incident or accident, however unrelated it may seem to be to events that take place in the same period of time.

This is the result of intentional compartmentalization that has become common in all sorts of social and commercial circumstances. It is why 'experts' or people that specialize in certain matters almost always fail to see related matters as a result of which their perspective often goes awry. It is the same reason why tin foil hatters misinterpret things, even though the experts base their claims on evidence and conspiracy theorists on suspicion. But years after the fact it often appears that there is very little difference between the two. So what happened was that the media labeled things differently, which they will always deny in retrospect.

Am I saying here that the media shape reality? No, I am saying that they forge the perception of reality. And that the willingness of the people to accept such deceptive conduct is called political correctness. This allows things that will have a huge impact on society to evolve almost unnoticed. Because besides misinforming citizens, the media are very good at omitting information. All this serves to distract from what is really going on. What is currently going on is for example that China has developed AI-systems that are so powerful that 1.3 billion people can be monitored around the clock, because there is so much information about them contained in the AI-system, that only very little is beyond the system's capacity to predict what people are going to do or how they will react to events.

This systems capacity to predict is vastly more accurate than what the average person can do, simply because they have far less information at their disposal. And predictability equals controllability. That is the whole idea of it all. Control. Having control, staying in control. But this doesn't go for creativity, I hear some people protest. The very fact that they are making this particular claim, is proof that they are not capable of realistic thought; that they underestimate AI power and overestimate their own, not even knowing that they are being conditioned, mind controlled, severely limited by imposed compartmentalized thinking and socially coerced to respond in a politically correct way to almost anything, which prevents independent and critical thinking.

The myriad of cameras all over the world that record almost every step anyone takes, the countless databases in which information on every person is stored, the live monitoring of each person's financial situation, the tracking of all mobile devices, AI-driven facial recognition and fingerprint control and many more monitoring systems, give AI-systems the possibility to control every person in their system passively (it sees what you do, where you do it and when you do it) and actively (it coerces what you do - for instance if it blocks your bank account, you can't buy anything, can't pay your rent etc.). AI was invented to be in control and therefore hates creativity that has the potential to escape from its control.

Of course AI-systems will be able to stun people if they can predict what people will see as the result of a creative impulse. (Still primitive) AI systems can already now create 'art' that most people are unable to distinguish from the work of a human artist. No one will be exempt from the dominance of AI. There is no way to escape the rule of AI. Or is that what the media want you to believe? Perhaps more on this subject in future blog entries. Stay tuned.